2022 Ended on a High for a Player Who Triggered Stakelogic’s Grand Jackpot!

Stakelogic ended the year making another yet player wealthier than before. The developer’s Live Spin to Win round led the player to trigger the Grand Jackpot, winning €107,977.87!

Home » Recent Posts » 2022 Ended on a High for a Player Who Triggered Stakelogic’s Grand Jackpot!
Casinos
by Anette
4 weeks ago 0 58 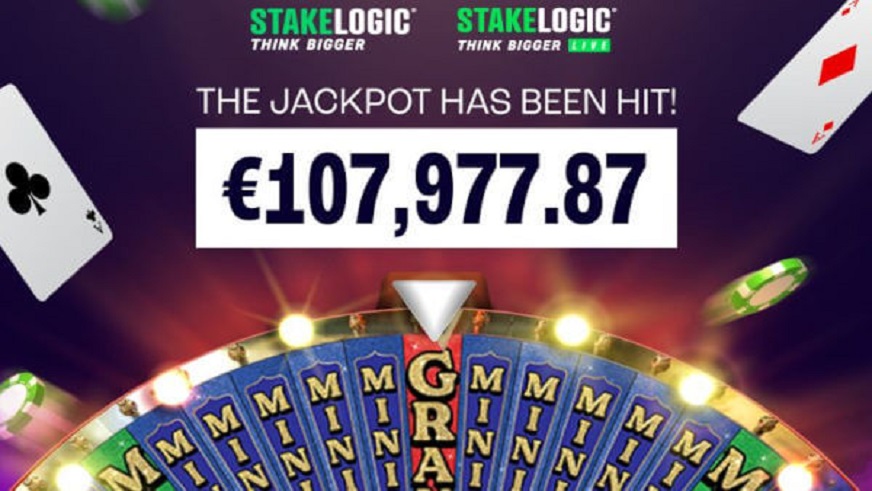 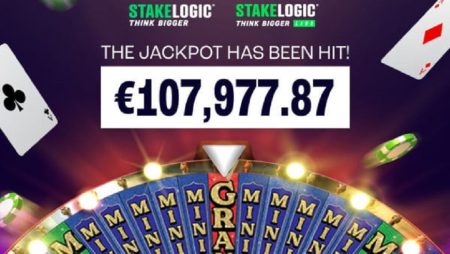 Stakelogic ended the year making another yet player wealthier than before. The developer’s Live Spin to Win round led the player to trigger the Grand Jackpot, winning €107,977.87!

It may not be a million-worth a prize, but it is still a reward the player will remember for the rest of their life. Stay with us to learn the details of the win!

Ending the year in style, a player has landed a major win playing Stakelogic’s Multi Wild Player. The lucky player triggered the Spin to Win Live bonus round while playing the game, and was fortunate enough to win the Grand Jackpot and scoop a €107,977.87 prize.

The player logged in to their Betcity.nl profile and played the game Multi Wild Player. While at it, the player triggered the Live Spin a Win bonus round, which took them to a live studio where two wheels of fortune with 54 segments awaited.

The second wheel consists of 45 Mini Jackpots, 8 Major Jackpots and 1 Grand Jackpot prize, meaning it is again a 54-segment wheel. The fortunate player at Betcity.nl managed to spin the wheel and land on the Grand Jackpot segment, winning €107,977.87.

For those of you who are not familiar with the feature and the jackpots involved, it was first launched in November 2022, with the Grand Jackpot that initially started seeding at €100,000. The prize increased to the figure the lucky player had finally won. The news was shared a few days before New Year’s Eve, meaning Stakelogic has ended the year at a high.

More About the Spin to Win Feature

Stakelogic’s CEO, Stephen van den Oetelaar, said about the Spin to Win feature that it was a feature and a system they were all really proud of. He said Live Casino was always huge, but with growth set to continue at pace. With the progressive jackpot system, Spin to Win allowed operators to tap into that growth and deliver players compelling experiences.

Van den Oetelaar added that the feature was a major breakthrough and they were all looking forward to seeing their operator partners offer it to their players, leveraging the huge engagement and cross-sell opportunities it provided.

One of the feature’s unique characteristics is that it can be combined with a variety of Stakelogic’s slots. In fact, Multi Wild Player, the game that delivered the win we just described, is a slot game. But, the slot game took the player to the Live Spin and Win round, to a live studio, where the player needed to spin the wheels of fortune in real-time. Therefore, if a fan of both slots and Live Casino games, make sure you take advantage of this unique feature!