Evolution Gaming teased its fans with a simple photo of a new Blackjack table, capturing it “Blackjack just got faster”, and then proceeded inviting players to check out the exclusive first look of its newest game. The hashtags below the photo on Twitter hinted the game’s name was Speed Blackjack. 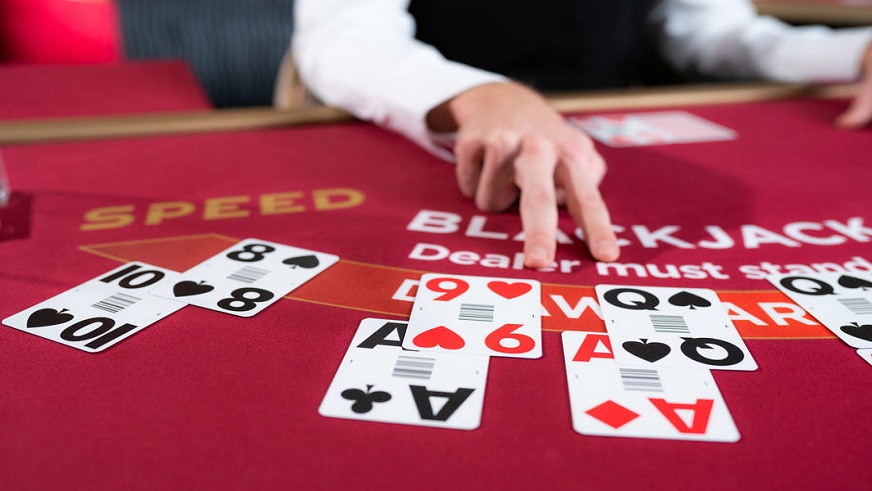 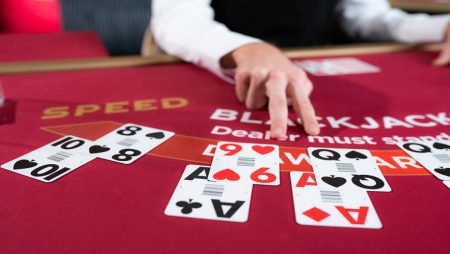 Speed Blackjack by Evolution Gaming is here and it’s the quickest blackjack version ever!

Evolution Gaming teased its fans with a simple photo of a new Blackjack table, capturing it “Blackjack just got faster”, and then proceeded inviting players to check out the exclusive first look of its newest game. The hashtags below the photo on Twitter hinted the game’s name was Speed Blackjack.

And we, being the real Live Casino freaks, visited an Evolution Gaming-powered online casino to be the first ones to try it out. The impressions are: it is indeed the fastest blackjack game we’ve come across!

Thanks to the new way of dealing and some Auto Play options, the betting and waiting times in the new Speed Blackjack by Evolution Gaming are significantly shortened.

Speed Blackjack is a standard 7-seat game you’ll find in any Live Casino, but with a twist. As its name implies, it is a version that offers quick rounds due to two reasons. One, the betting time has been reduced, and two, the time players waste to make their decisions has been cut the best way possible.

In any other blackjack game, each player gets around 15 seconds to make their decision for each card they’ve been dealt with. Multiply that by 7 players, and you can see how much time of the game is lost waiting for everyone to decide on their moves.

What’s done here in Speed Blackjack is that Evolution made things faster and way more interesting and competitive. After the first two players get all of their cards, the next player who gets a card is the one that decides on their move the fastest! That player gets a card, and then the dealer deals to the next fastest player, and the next until all hands are complete. When you start playing, you will notice that this way, there’s no waiting time whatsoever since the dealer deals card after card, with no pauses, which is quite fascinating really.

What Else Is There to Know?

If you decide to split, the dealer will split the cards and then deal a first card to each. The dealer will proceed with dealing cards to all other players until it’s your turn again to receive a card. This is how it completes both of your hands. In a normal blackjack game, your hand would be the last one to finish in the game round, since you have more decisions to make than all the other players on the table.

You must be interested in what happens if you fail to make a decision within the allotted time. Well, one of two things may happen. If your hand is 11 or less, a Hit is actioned until you reach 12 or more. If your hand was 12 when your decision-making time has ended, then a Stand is made.

In conclusion, if you love a fast game of Blackjack, you’d be impressed by Evolution Gaming’s new Speed Blackjack. Speeding up the rounds in the way the developer did is exceptional. And, you should not worry about whether the dealing not being done in order would influence the outcome since the RTP isn’t effected and the dealers keep track seamlessly of who needs a card next. You’ll absolutely enjoy it!