Evolution Gaming Crazy Time: What We Know so Far?

We always love when ICE comes around. It’s a fantastic time where game developers pull out all the stops to show off their brand new titles! Some become available immediately. Others can take a few weeks or months, but eventually make their way into our hands. 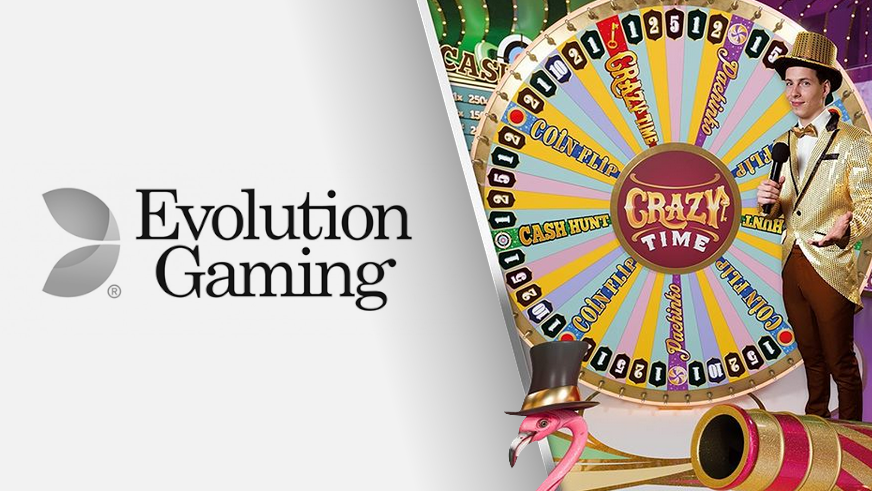 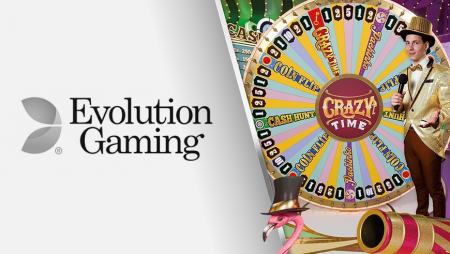 If you’ve kept up with our coverage, then you’ll know Evolution Gaming presented twelve new live casino games at ICE 2020! And while all of them show promise, the one that caught our eye the most was Crazy Time. Both the wheel and the various special features remind us of Monopoly Live, another awesome title by the same developer!

Crazy Time is live! We have got all the details. We’ll go over everything there is to know about Evolution Gaming’s Crazy Time in this article. Let’s take a closer look at the next evolution of the lucky wheel genre!

Where to Play Crazy Time?

One thing that immediately stood out to us just how dense the new wheel was! It’s very colorful, and each color represents a different type of win you can land. You have blue 1x, a yellow 2x, a pink 5x, and a purple 10x. All of these cash tiles are frequently interrupted by different special feature tiles players can land on to trigger a bonus.

The developers plan for this release to launch somewhere in July. As a result, we may see some adjustments to the wheel and the bonuses from now until launch. That said, we do hope they don’t make too many changes. The current wheel setup is really fun to play with!

Betting works the same way as it used to with Dream Catcher. You place your bet on the number you think is going to land on the wheel, and receive it as a prize. As an example, if we bet on 10x, then Crazy Time would award us a 10x cash prize if the wheel draws that number!

You can also bet on one of the four special features this game can offer. You have to bet on each one to be eligible to score it. If you didn’t bet on a bonus, you will not be able to play it when the flapper stops at this bonus. Evolution Gaming also claims you’ll go into a bonus round every sixth spin, which undoubtedly increases the winning potential!

Provided there are no changes, you can expect the following special features to be ready for you come July! The first one we’ll mention is the multiplier, which appears after every round. The multiplier can apply to any of the eight things you can bet on. That includes one of the four numbers or one of the four bonuses you can draw!

The first bonus we’ll cover is Cash Hunt! First, you see a screen full of multipliers. Then the multipliers transform into colourful symbols. Then the icons start moving around the board, hiding the exact location of the multipliers. Evolution lets you pick a multiplier in the most badass fashion possible: by blasting the playing field with a cannon!

Coin Flip is very basic in its premise. The coin has two sides: a red and a blue one, and each one will have a multiplier value assigned to it. A machine flips the coin and you win the multiplier of that color.

Crazy Time is the name of the game, but also the name of a bonus. It’s a massive wheel that can score up to 200x in a single go. It can also draw a double, which doubles the prize of your future win! The large wheel has three flappers, and players pick between them. The flapper you choose is the prize you’ll win at the end of the round.

Pachinko reveals a large purple screen, with prizes at the bottom. Evolution’s release will randomly pick what tile to drop the ball from. The ball does not travel straight down. Instead, it bounces left and right, so there’s no guarantee which prize you’ll win!

-What’s the RTP of Crazy Time?

-How Many Bonuses are There?

-When will Crazy Time be Released?

Few games make us excited for the live casino genre like this one does. You can see a lot of time and effort has been put into making Crazy Time. With its awesome prizes and high volatility, we have no doubts it will be amazing!