Evolution has ended 2021 with a myriad of excellent and innovative titles under their belt. The team built their brand by pushing live casino games further than anyone else. As such, players and operators alike carefully watch when Evolution makes their next move. Recently, Evolution hosted an online event detailing their 2022 plans. We quickly tuned in to see what the team had in store for us. 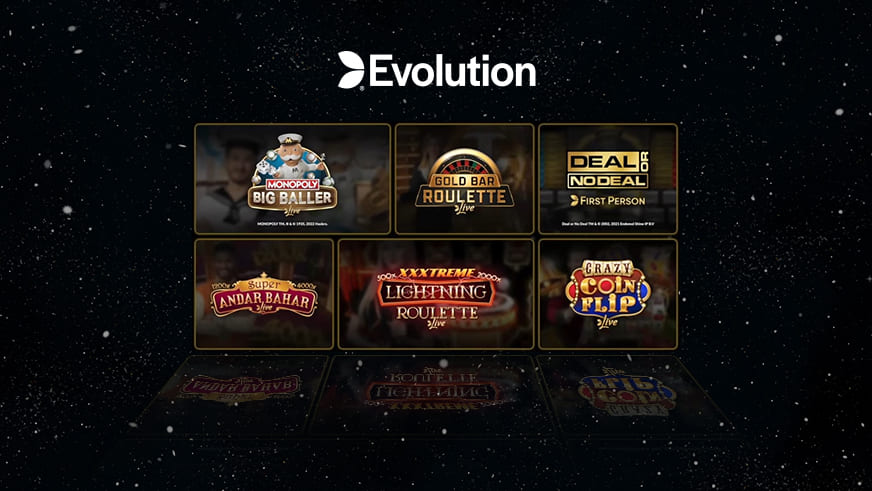 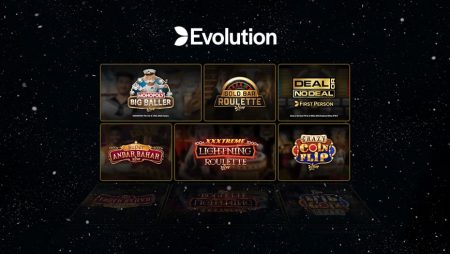 The company’s event covered plans for all their brands, not just Evolution. The team outlined their plan for the Great 88: an initiative to launch 88 games across all Evolution brands.

We also got a sneak peek at quite a few of these releases! In this article, we will recap everything we learned from the event. Both what games await us and Evolution’s expansion plans for 2022.

The start of Evolution’s presentation recapped what the company did in 2021. The team launched many highly successful releases in the previous year. Evolution particularly highlighted Lightning Blackjack and Cash or Crash Live as successes. The company also spent 2021 optimizing its backend and integrating three different platforms into a single one.

Following Evolution closing the NetEnt acquisition in 2021, the company had three separate platforms. The company spent a large chunk of 2021 combining Evolution, NetEnt, and Red Tiger platforms into a single integration. This new unified platform is called One Stop Shop.

One Stop Shop uses Evolution’s platform, allowing its native capacity to be available across the group’s entire portfolio. With a single integration, the experience becomes smoother and more straightforward for players. This means one customer service team and one client area.

Currently, Evolution’s One Stop Shop only supports Evolution’s games, as well as NetEnt and Red Tiger. The company plans to include the remainder of its brands on the platform. For live dealer players, that means the company will house Evolution and Ezugi releases under the same roof in the future. This move will make Ezugi’s titles available to a broader audience, a massive plus for Evolution.

All that said, Evolution’s platform plans do not stop with further integration. The team is also hard at work making game discovery as easy as possible. In 2022, the company plans to add a search bar to their lobby. According to the presentation, the search function will be similar to Google. You will not have to spell things correctly or remember the correct names. An example of this would be Live Craps showing up if you search for dice.

Another great feature of Evolution’s new lobby is an AI-powered recommendation system. The lobby chooses what games to recommend based on your playing history. It compares what you play to similar casino members and makes future recommendations off of that.

Evolution also gives you the option to favourite tables. If you especially enjoyed a release, you can quickly return to it through favourites. The lobby will also play previews of games, helping you decide if you want to play them or not.

The company’s presentation recapped its presence in North America. The company has live dealer studios in New Jersey, Pennsylvania, and Michigan in the US and Vancouver in Canada. Evolution also hinted at plans to open a studio in Connecticut when that state opens later in the year. The recap was followed up by a bold statement. Evolution aims to be first in every state as soon as it opens!

The presentation called special attention to Evolution’s entry into Ontario. Namely, the company can offer live dealer games from European studios to licensed operators. That means a much more comprehensive selection of live games for Ontario residents.

While discussions of what comes next for Evolution was interesting, we wanted to know one thing in particular. What new games is the software provider offering us in 2022? Evolution’s Chief Product Officer Todd Haushalter took the stage to introduce the releases the company plans to launch this year.

Evolution’s next game also draws inspiration from their previous title. If you are familiar with Crazy Time, you will remember its coin flip round. The company decided to expand the concept into a live slot called Crazy Coin Flip. The host keeps players entertained as the reels spin.

The goal is to hit three Scatters to qualify for the bonus round. Some Scatters appear empty, while others come with a multiplier. The game carries the multipliers over into the Coin Flip bonus, where they multiply with any other available values. The game also has a Top-up mechanic, where you can continue to play and add multipliers to each side of the coin. The coin then flips: and all those multipliers come together to create a fantastic win. An innovative take on the live slot idea!

Mr Haulshalter also highlighted some new additions coming to Evolutions First Person RNG-powered tables. First up, the company will be adding the Red Envelopes mechanic to their First Person Baccarat. Evolution also announced it will be launching Deal or No Deal First Person.

Evolution also looked to their partner studio Ezugi for inspiration for their upcoming games. One of these games is Super Andar Bahar. Like Super Sic Bo, Evolution keeps the core gameplay the same while adding random multipliers. Super Andar Bahar randomly applies multipliers to its side bet. The side bet tries to predict how many cards will be drawn before a winning card appears.

The company also hinted at launching its version of Teen Patti. However, they gave no additional details for that release.

If you were hoping for more live roulette, Evolution has another one planned to launch in 2022! Over the years, the company experimented with many roulette concepts. However, they did not want to create extra competition for Lightning Roulette. Not until they had an idea worth exploring. The premise of their new roulette is simple: what if something magical happens every time you achieve a win?

This is the idea behind Gold Bar Roulette. An innovative concept backed by multipliers that go up to the sky. We did not get many details about Gold Bar Roulette. Evolution hinted it will be some time before it launches. However, they highlighted that online casinos will have to integrate Evolution’s bonus tools to run Gold Bar Roulette. According to Evolution themselves, this is the first significant innovation in live roulette since Lightning Roulette launched. We look forward to seeing this title in particular!

The last game we presented by Evolution was Monopoly Big Baller. Monopoly Big Baller is a bingo game with just four cards on the screen. The cards feature extra free spaces and multipliers. Additionally, Evolution promises vast wins and a fabulous studio with a 1920s barge and Mr Monopoly cheering you on. The game has a three-roll and a five-roll bonus, similar to Monopoly Live. We can already see many Livecasino24.com staff playing this religiously!

Since Ezugi and Evolution are closer than ever, we would be remiss not to include them. Ezugi is a go-to supplier for local games and markets owing to their great localized games. It also helps the company has a track record of being first to market. Given that they are doubling their developing resources for 2022, we do not doubt Ezugi will produce high-quality releases.

First up in Ezugi’s 2022 lineup are three additions to the Ultimate series. The first game shown was Ultimate Sic Bo. After the original’s success, Ezugi’s ultimate version will feature the same gameplay with multipliers. Casino members can win up to 1,000x their bet in this game!

Next in the Ultimate series is Ultimate Andar Bahar. Ezugi is already the world’s largest Andar Bahar provider, making them perfectly suited to tackle this challenge! Ultimate Andar Bahar is a supercharged version of the game, with multipliers boosting payouts. The main game can produce wins up to 125x, while the side bet can climb up to 1,200x.

If you want even more roulette, Ezugi has you covered. EZ Dealer Roulette is not a traditional live casino game. Instead, it uses prerecorded clips of native-speaking dealers and celebrities. Ezugi allows operators to create their version of EZ Dealer Roulette. Operators choose the language, style, and star, and Ezugi does the rest. The outcome of each round is determined using a random number generator.

Ezugi’s next innovation is not so much about the gameplay. Their Video Blackjack release plays identically to traditional blackjack. What is unique about this game is that it displays a live feed from the camera of all seated players. The goal is to make reactions and emotions to what is happening on the table easily shared via video.

The company also plans to launch a new poker variant, titled Russian Poker. Russian Poker is popular in land-based casinos, and now Ezugi is bringing it to online casinos! Both player and dealer receive five cards. Players can change up to five cards. Casino members can also buy an extra card for the dealer. At the end of the round, the better poker hand wins.

Last up from Ezugi is the Dream Catcher Money Wheel, available in many retail locations across the globe. This takes advantage of its global presence and experience with many local markets, giving them a unique reach other developers do not have. 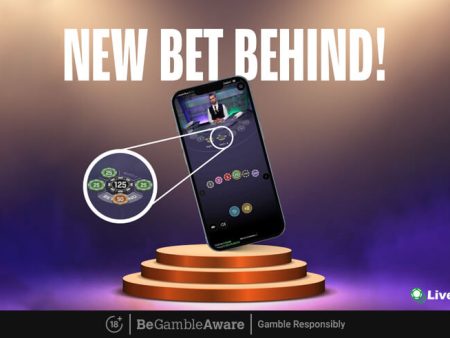