Evolution treading new ground is nothing new for live casino players. They were at the forefront of a variety of new live dealer gaming products. Many new variants of existing titles or even brand new releases have come from this studio. As such, we were quite excited to hear that they would be launching live casino Craps. For the first time, this popular casino game will be available with live dealers! 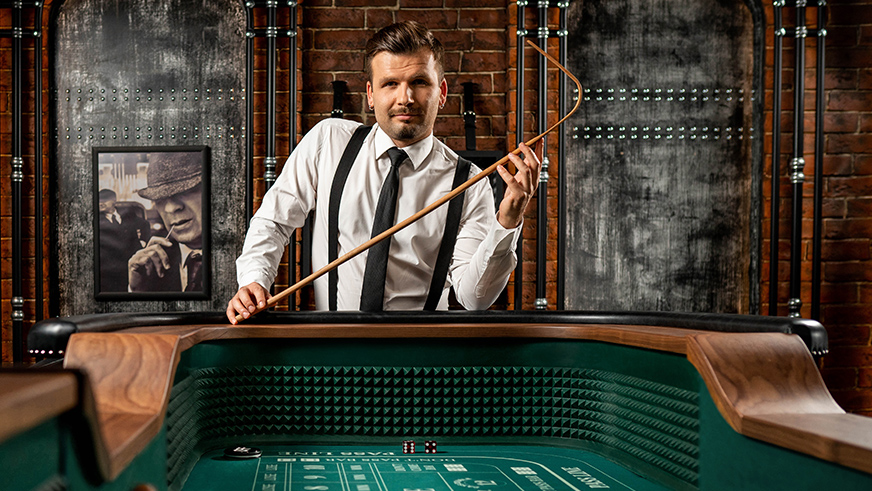 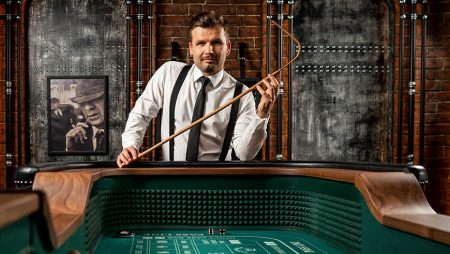 The company first highlighted the title during their ICE 2020 presentation. Since then, they have been hard at work perfecting the formula to make Live Craps a smash success.

Now, punters will be able to enjoy this classic on their desktop and mobile devices, at your favourite online casino. It also takes bold new steps to enhance the experience of playing with others further.

How Evolution’s Craps is Played

At the start of every round, players have time to place their bets. All wagers have to be placed before the timer runs out. Once it does, the Come-Out roll occurs. The host does not roll the dice. Instead, Evolution Gaming designed a mechanical arm to do the job instead. That way, the dealer is not being blamed for any rotten luck you might have.

What happens next depends on the type of bet you have placed. The primary bets you can play in Live Craps are Pass/Don’t Pass and Come/Don’t Come. Pass/Don’t Pass can only be played for the initial roll. If you bet on Pass, you win if the number seven is rolled, and lose if numbers two, three or twelve appear. Don’t Pass wagers pay if you draw two or three, and lose if seven or eleven are drawn. A twelve results in a push.

If the dice draw any other number, the arm will roll said dice again. This means your primary bets can only win under specific numbers. That said, Evolution Gaming has other relevant bets you can make. You can stake that a specific number will be rolled before the round ends. You can play hardways and proposition bets, which are both more difficult to win compared to standard wagers.

Beyond some rule adjustments to make it fit an online format, Evolution’s Live Craps are identical to the real thing. That said, such a game would be missing the experience of playing craps live. Enjoying the thrill of getting lucky rolls and other people praising you for winning them money is always great. Similar to roulette, many players can win the same bet every round.

To address that gap, the developers added a few neat little details. For starters, they added an applause button that you can use after a winning round. It is a simple but delightful way to bond with your fellow players. Of course, this release also has a standard live chat system, so you can talk with the host and players.

Another small thing we liked was the choice of theme. Live Craps looks like it is being played at your local old-timey pub. The background image gives you some information, but it also builds a delightful atmosphere. Graphics do not often play a big role in our enjoyment of live dealer games. However, this Evolution Gaming release showed us just how important visuals could be.

Can You ‘Beat’ Craps?

New games often prompt players to ask: can you beat the odds somehow? The team at livecasino24.com is always on the lookout to give you an advantage. Unfortunately, it does not seem like there is a method that guarantees wins. With an RTP of 98.60%, Live Craps already beats quite a few of Evolution Gaming’s latest launches. It gives you better odds than European roulette, and requires much less time to master.

The only option we could think of would be to use betting systems like the Martingale or No Seven. These are popular options, and they can give you a brief short-term advantage if you are lucky. That said, they also come with serious risks. For example, Martingale can very quickly become too costly if you are unlucky and become stuck in a losing streak.

As such, we do not recommend trying to beat this title. Play it casually, enjoy the action, and hope Lady Luck is on your side. We hope to see you at the tables!