While many software providers offer live casino games, Evolution sits a cut above the rest. The team has pioneered the game show concept. They helped transform live dealer releases into the iGaming powerhouse they are today. As such, players are always looking forward to what Evolution will do next. What is the next big thing that the team will bring us? 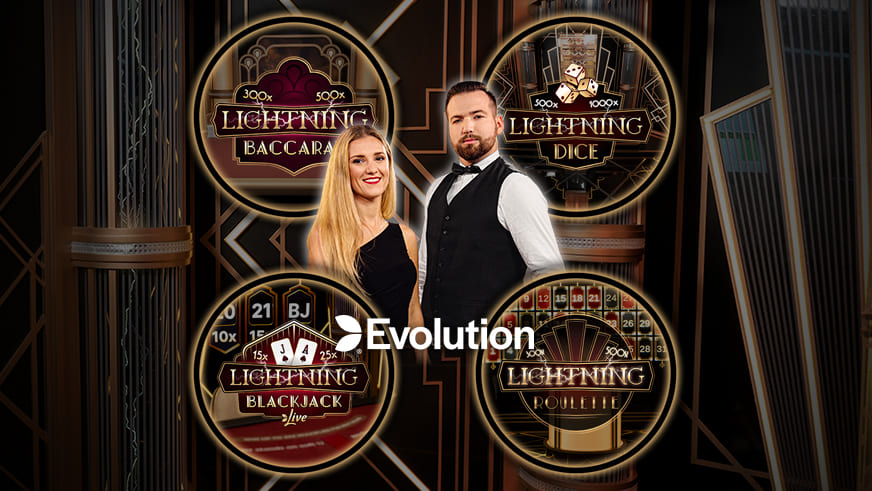 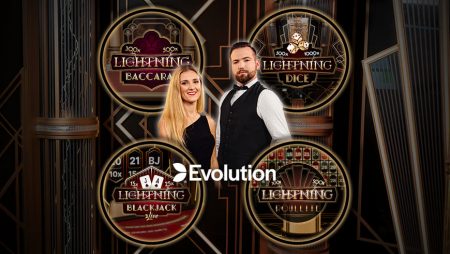 However, we also cannot forget all the existing goodies we can play owing to Evolution’s line-up. The developer has produced many great games. However, the most impressive one in our eyes remains their range of Lightning table games. Combining multipliers and table games is no easy feat, but Evolution has us covered. Today, we will look back at the greatest Lightning games the team has launched.

The first entry Evolution made in the Lightning series was with roulette. Lightning Roulette launched in 2018 and it was the first time that Evolution added multipliers to a table game. The game draws up to five lucky numbers, which increase winnings from 50x to 500x. The game is built on the back of European Roulette. As such, it features a single green zero on the wheel.

Despite the increased payouts, Evolution maintained the same RTP as the original game. This is done by decreasing the win amount for a straight-number bet. Instead of the usual 35:1 reward, players score 30:1. Payouts for other winning combinations remain the same. That is because only a straight bet can award the multiplied payouts. It was a great first attempt and remains a popular game to this day.

Evolution’s next entry in the Lightning series was somewhat unexpected. Rather than tackle an established game, the developer instead appealed to lovers of dice games. Lightning Dice is simple in concept. Players try to predict the sum of three dice being rolled every round. The rarer a combination is, the better the payout will be. All bets can receive the multiplier. However, only the most valuable betting combination can receive the maximum 1000x multiplier.

Rather than use a dice shaker, Lighting Dice runs the dice through a glass gauntlet. The dice start at the top and hit various obstacles on their way down. The mechanism is see-through and covered in lights. It looks great and makes it obvious where the dice are falling. The dice hit the bottom and reveal the winning numbers.

With some experience under their belt, Evolution’s next challenge was adapting multipliers into baccarat. The team has done a spectacular job of doing so, too. The core gameplay of baccarat is kept the same. Quite nice for baccarat fans! Multipliers are awarded in a separate Lightning Round. The Lighting Round happens every turn. To fund it, Evolution applies a 20% Lightning fee to all bets you place.

The Lightning Round draws up to five random cards from a digital 52-card deck. These cards become Lightning Cards and receive a multiplier. The multiplier can be 2x, 3x, 4x, 5x, or 8x. If the winning hand holds these Lightning Cards, the result is multiplied accordingly. Multiple lightning cards in your hand will multiply each other and then the result. The top prize is 262,144x your total stake on a highly multiplied Tie bet.

Lightning Blackjack was a highly anticipated addition to the series since Evolution started it. It launched in 2021, later than many other multiplier blackjack games. The reason why Evolution chose to wait became immediately obvious. By opting for a different approach, the developer ensured this game would become a favourite for many livecasino24.com staff.

Each game round, players pay a 100% Lightning fee. Before cards are dealt, a set of multipliers is assigned to each hand value for that game round. The multipliers are applied to 4-17, 18, 19, 20, 21, and BJ values. The more valuable a winning value is, the better its multiplier will be. If you win the round, you carry over the corresponding multiplier into the next round. That means your next win will receive an increased payout.