For the 12th Year in a Row, Evolution Wins Live Casino Supplier of the Year Award at the EGR

What a run! Evolution has been crowned Live Casino Supplier of the Year at the EGR B2B Awards for the 12th year in a row! The Group scooped four more important awards, too.

Home » Recent Posts » For the 12th Year in a Row, Evolution Wins Live Casino Supplier of the Year Award at the EGR
Casinos
by Anette
2 years ago 0 457 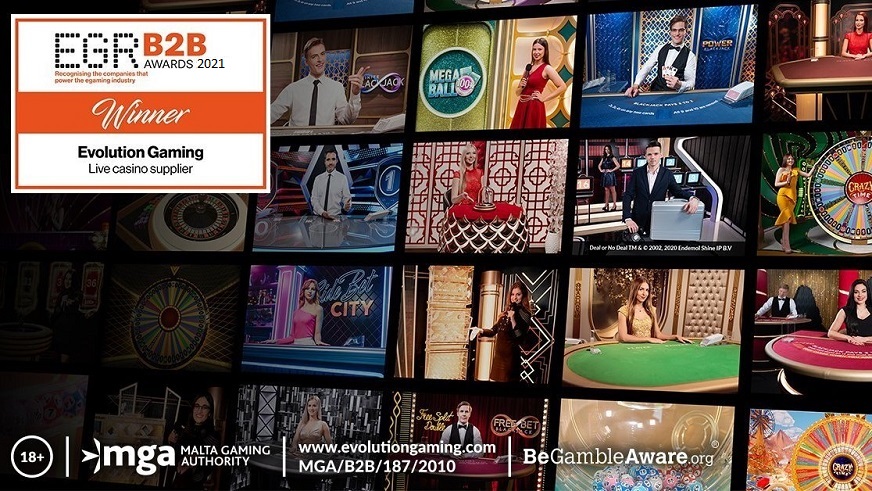 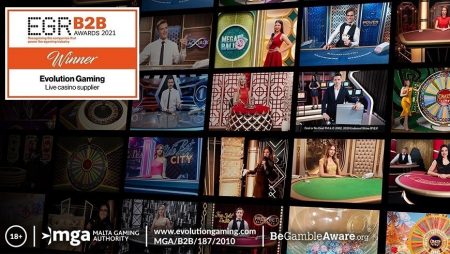 It’s no secret that Evolution is still at the forefront of the Live Casino vertical, even though many other developers like Pragmatic Play and Playtech are right behind it. And this year, at the EGR B2B Awards, the leader in the Live Casino scene has proven once again that its offering is the best.

In the Live Casino Supplier of the Year category at the ceremony, Evolution was shortlisted along with eight other suppliers and managed to win the top award in an unbelievable unbroken run of 12 wins in the same category, for 12 consecutive years, stretching back to when it scooped the first one at the EGR B2B awards in 2010.

The EGR B2B Awards, officiated by Deloitte, is a ceremony that rewards and recognizes the best providers in the online gambling industry. It celebrates the achievements of suppliers across the major eGaming disciplines, infrastructure, IT, recruitment, payments, mobile, networks and of course, betting and gaming software.

This year’s ceremony ran across two days, the 6th of July, Tuesday and the 7th of July, Wednesday. The ceremonies were virtual on both days, but there was also an in-person event in London on the evening of the 7th of July.

The Group’s Statement on the Incredible Wins

Evolution Group’s Director of Product, Fredrik Bjurle, accepted the awards on behalf of Evolution, Red Tiger and NetEnt, saying that for the brands to be voted the top suppliers in so many categories was a huge honour. But to win the Live Casino Supplier of the Year Award for the 12th year in a row was a remarkable achievement and one that everyone at the Group was incredibly proud of.

For them, Bjurle added, it was also a confirmation of the powerhouse that the Group has become, with the addition of brands such as Red Tiger and NetEnt over the past year. Finally, he said, as evidenced by these accolades, Evolution now offered a remarkable array of best-in-class solutions for players and operators across RNG table games and slots and Live Casino, not to mention a new generation of Live Casino game shows.