Evolution has always been at the forefront of exciting casino games. Their talent for thrilling titles has caught the eye of many, including Hasbro. The two companies came to an agreement that led Evolution to create games with the Monopoly brand. For the longest time, Monopoly Live was the only available game. However, the company rectified that with the recent launch of Monopoly Big Baller! 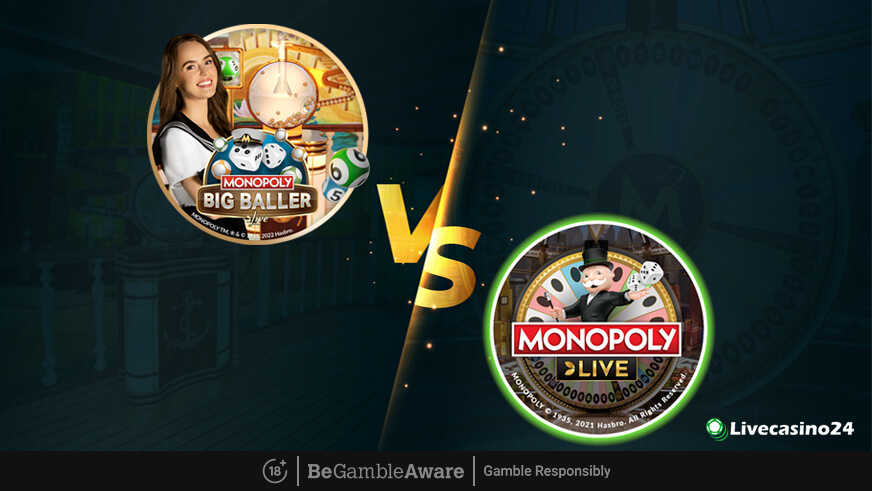 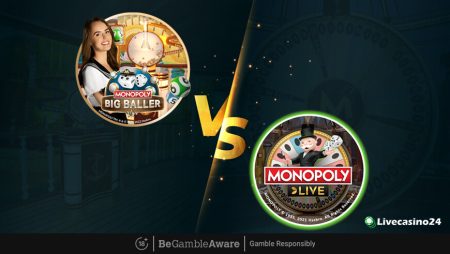 Given the common themes of these two games, we thought it would be fun to put them side by side. We review the similarities and differences between MonopolyLive and MONOPOLY Big Baller. How will the two games compare?

What Makes Them Similar

The two games share more than the Monopoly brand. Evolution makes sure you are well aware both games are branded. The recognizable Mr. Monopoly is present in both games, appearing on backdrops and leading extra features of both titles.

Both releases share a fun Monopoly board extra feature. When triggered, casino members play a round of Monopoly, hitting rewards and features as they go. The extra features are not identical between games. However, the core of both bonuses remains the same.

What Makes Them Different

Despite some similarities, Evolution took the time to make the two games distinct from each other. A glance at how the two releases play makes the difference obvious. Monopoly Live plays on a lucky wheel, and you win if you correctly predict the number the wheel picks. Meanwhile, Monopoly Big Baller is a new bingo-style game show. In it, you hope to get matching numbers on your cards as ones drawn by the ball machine.

You can see these fundamental gameplay differences in the available features and math models of both games. While both games share the extra feature with Mr. Monopoly, they have other bonus rounds. Monopoly Big Baller has unique bingo cards with multipliers and free spaces. Meanwhile, Monopoly Live can grant random cash prizes or boost payouts for the next round.

We were also impressed by Evolution giving these two games a distinct theme. Monopoly Live features a traditional highrise giving you a look at a sprawling city with massive buildings. Monopoly Big Baller goes in a different direction, opting for a riverboat voyage.

Which Game is Better?

The two games are different enough that choosing between them depends on preference. Their gameplay is entirely different, as Monopoly Big Baller is reminiscent of Mega Ball while Monopoly Live draws inspiration from Dream Catcher. Even their RTPs are similar, sitting at 96.10% and 96.23%, respectively.

Both games heavily feature Mr. Monopoly, and the Monopoly board extra feature was first introduced in Monopoly Live. If those two things are the reason these games interest you, you get them in both titles.

Playing both games, the Livecasino24.com team has a simple suggestion: try both! There is plenty to enjoy in both releases, and we do not doubt you will enjoy your time. After all, both titles have that Evolution polish and charm that makes them unique and entertaining.