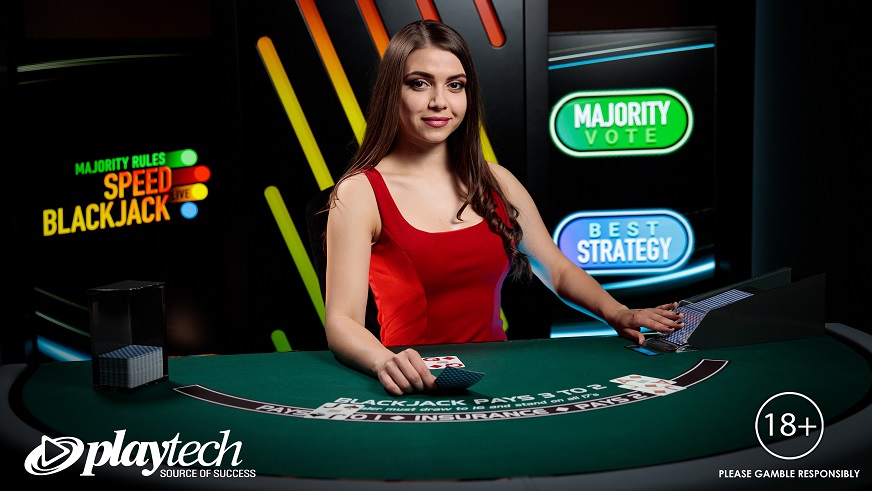 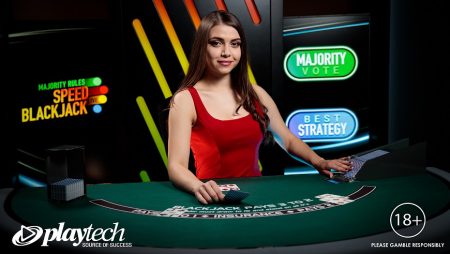 The developer makes sure players are satisfied with its offering and that’s why it keeps on expanding it. The new blackjack variant developed in collaboration with the giant company GVC, which offered an insight in what their players would want to see and experience, would most certainly appeal to the fan bases of both Playtech and GVC’s brands. If you’re a fan of either, make sure you get familiar with the brand new game and find out how it will play.

The leading gambling technology company has announced the launch of a brand new blackjack variant. Playtech has premiered its Majority Rules Speed Blackjack, designed around community play to provide for a more scalable experience.

The game was designed to introduce a new level of interaction, considering it adds an unusual twist to the classic underlying blackjack gameplay.

There are two different modes to it, the Best Strategy and the Majority Rules, with the number of players in each round dictating the mode. When there are fewer players at the table, the Best Strategy mode is active. In this mode, players’ hands are automatically completed according to a predefined, best blackjack strategy flow. In Majority Rules, where more players are active, they get to vote on Split, Hit, Double or Stand actions, with 50% or greater vote activating the automatic action.

For both mode types, though, players would need to decide in advance whether they would accept the best strategy decision or vote on Double and Split actions that require additional bets.

Majority Rules Blackjack will officially be available network-wide from July, and it was developed in collaboration with GVC.

Statements by Playtech and GVC

Playtech Live Casino’s CEO Edo Haitin said that experience-led gameplay and innovation were at the core of Playtech’s product strategy, and Majority Rules Speed Blackjack delivered on both counts. Haitin added that the success of the community Live Slots delivered previously demonstrated player demand for fun and interactive games, the experience one would enjoy when playing alongside others in a brick-and-mortar casino. Finally, he added that they were confident the combination of the new collaborative community play and the combination of engaging blackjack gameplay would be a major hit with players and would create the proper Speed variant for Playtech’s Live Blackjack.

Head of Live Casino at GVC Matt Charlesworth added that everyone at GVC was delighted to work closely with the developer on the game, through all stages of concept, design and development. He said they were excited to offer this first-of-its-type game to their players across the GVC brands. The game captured a real community feel with the unique “Ask the Audience” voting approach to the decision-making process, Charlesworth added, and was fully scalable, offering a next-level experience to players without deviating from the classic European Blackjack gameplay with popular side bets.

About Playing in a Live Casino and Having Fun – Click Here!
Read More