Playtech has relaunched its super-successful Live Football Roulette game with a brand new Goal Side Bet feature in its new Let’s Play studio. 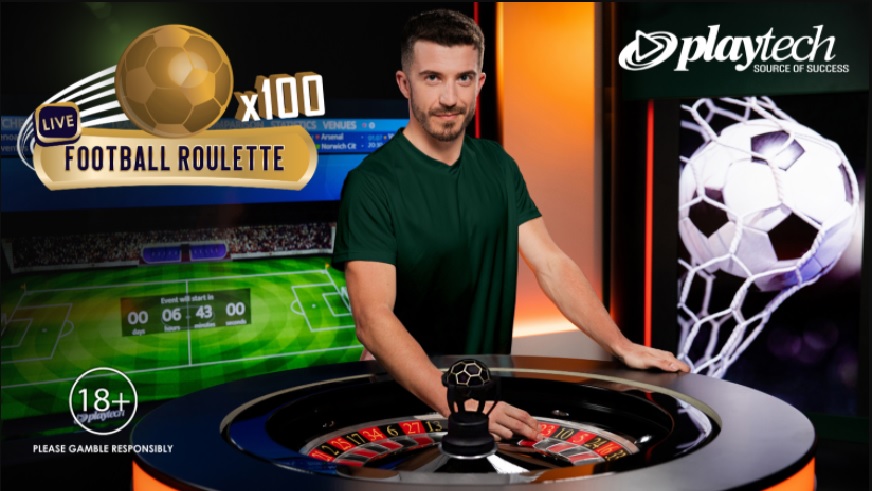 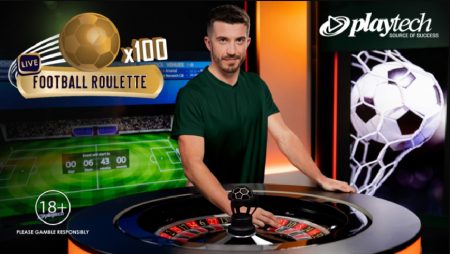 Playtech has relaunched its super-successful Live Football Roulette game with a brand new Goal Side Bet feature in its new Let’s Play studio.

The world’s leading gambling technology and software developer has announced the news two days ago, the day the game was relaunched, on the 9th of September, 2020.

Playtech, the leader in Live Casino, has announced two days ago that it has relaunched its mega-popular Live Football Roulette, which now includes a brand new Goal Side Bet and will be offered in its Let’s Play studio.

Originally launched two years ago, then-called Football Weekend Roulette, this game’s popularity saw its coverage expanded to cover all major football events, the Champions League included, throughout the week. The newly relaunched Live Football Roulette will be featured in the Let’s Play studio, a dedicated studio designed as a permanent sports-themed environment, replacing the previous green screen backdrop. It will host a wide range of sports-led content all throughout the year. While players will be playing roulette, dealers will provide live commentary on all sports matches, and the news on live major football events happening worldwide will be streamed live. Key moments from the games will be displayed on a touch-controlled video wall, as well as Statscore match statistics, delivering players an even more immersive and engaging experience.

However, another thing has been added to the newly relaunched game, a Goal Side Bet feature. This feature allows players a one in seven chance to win every time they decide to play it. Five neighbouring bets are selected at random each time players play the Goal Side Bet, and if the roulette ball lands on one of these numbers, players win with a minimum Multiplier of 3x, and a maximum of 100x! To add to the sense of anticipation and visual appeal, animated football shirts indicate the neighbouring numbers, while an in-game leaderboard displays and tracks the winners on a separate screen.

The Developer Shares Its Excitement over the Relaunch

Playtech Live’s CEO Edo Haitin commented on the relaunch, saying that Live Football Roulette had grown from being a promotional table to one of Playtech’s most popular games launched throughout the years. Therefore, he said that everyone at Playtech knew players would be very excited by the newly enhanced version.

Haitin added that football was, after all, known as the beautiful game, so at Playtech, they all felt it deserved a studio all by itself. With the new Goal Side Bet feature, the game’s gameplay had received important improvement, too, offering an engaging, innovative twist, with the attractive payout potential of 100x.

The CEO continued saying that, of course, what was still at the heart of Live Football Roulette, were the newsfeed, dealer commentary and stats, all of which allowed players to keep up with the pitch action while playing their favourite live roulette game and enjoying the excitement of it. Finally, Haitin said that Live Football Roulette had been one of Playtech’s most successful Sports and Live Casino crossovers, offering a highly effective cross-selling tool for operators and compelling content for sports bettors. He finished his statement saying that the specially designed Let’s Play studio also created many possibilities to deliver bespoke, seasonal content across a variety of sports, based on market and operator demands.