It looks like Pragmatic Play’s strategic expansion plans across Latin American markets are far from done. The developer has partnered with Aposta Ganha, a Brazilian operator. 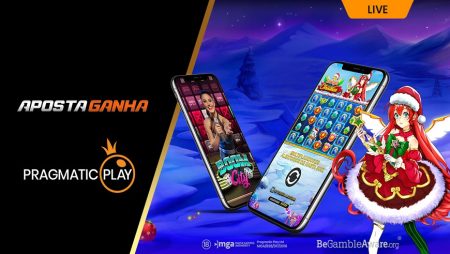 It looks like Pragmatic Play’s strategic expansion plans across Latin American markets are far from done. The developer has partnered with Aposta Ganha, a Brazilian operator.

With this move, the developer’s presence in the Brazilian market is further strengthened, as is its footprint across Latin American markets overall. Let’s see what the new deal includes.

Only a month after partnering with Bingolar to deliver its impressive games portfolio, Pragmatic Play announces another step further in its strategic expansion plans in the Brazilian online gambling market. This time, the developer has signed a partnership deal with Aposta Ganha. This is a Brazilian-facing operator, which has many users and is quite popular across the market. This means that the developer’s Live Casino games will get a new audience!

The leading provider to the iGaming industry continues its dominance in the Latin American markets, as it simultaneously delivers operators across many LatAm markets new Live Casino and slots content. The latest agreement with Aposta Ganha will mean that players at the operator’s site will now gain access to the developer’s hit slot games, including the recently added Hot Pepper, Starlight Christmas and Pizza! Pizza? Pizza!, in addition to award-winning titles like Gates of Olympus and Sugar Rush. Those interested in slots will get access to up to seven new titles each month, too!

Those players at Aposta Ganha interested in Live Casino games, will also get to enjoy a vast collection of titles. Traditional games like Roulette and Blackjack, in addition to impressive game show-inspired titles like Sweet Bonanza CandyLand and Boom City, will also be at players’ disposal.

With this recent partnership, Pragmatic Play’s profile in Brazil increases its commercial growth in the region and further confirms its expansion across the LatAm region. As you could see, from our news articles, Pragmatic Play’s development across the LatAm markets has been exceptional since the beginning of its commercial expansion ambitions in the region.

The developer manages to do it all: sign partnerships with numerous operators across the globe, launch up to seven new slot titles a month, plus many bingo, virtual sports and Live Dealers games, and deliver them to operators through one single API. Truly remarkable, we must admit.

Pragmatic Play’s VP of LatAm Operations, Victor Arias, said that they were dedicated to delivering their portfolio of leading, award-winning, high-quality content to as many players as possible in the Brazilian market. Going live with the operator, Arias added, helped them in their mission, thanks to the operator’s strong market position, so they were all looking forward to seeing how players would receive the delivery of Pragmatic Play’s most popular verticals simultaneously.

Aposta Ganha’s CEO, Ramon Lima, said that the developer’s global popularity and countless accolades were a testament to the quality of its content, so they were all thrilled to be providing its games to their players for the first time. Lima added that Aposta Ganha had become synonymous with providing first-class entertainment experiences and the developer strongly aligned with the key aspect of the operator’s growth strategy.