Welcome Package:
€/$400+ 200 Free Spins
2 games
5.0 rating
5.0
T&Cs Apply
All and any bonuses are available to players from any countries except for Bulgaria, Bosnia and Herzegovina, Croatia, Georgia, Greece, Hungary, Indonesia, Kazakhstan, Macedonia, Moldova, Philippines, Serbia, Sierra Leone, Slovakia, Sweden. The bonus should be wagered 50 times before the player withdraws it. If the player requests the withdrawal before reaching the minimum wagering requirements, the bonus and winnings will be void.
Play Now Read Review

The online gambling industry keeps on growing, and plenty of novelties appear as the years pass. Some of the first games that were transferred from land-based casinos were table games. Developers created RNG-based versions of them and offered them in online casinos. Then, slots appeared online and soon got the attention of every online casino player.

The slot industry is still among the most popular ones, but in the last decade, it has received a competition. A decade ago, Live Casino games stole the spotlight. They provided players with a new type of online gambling, very similar to land-based gambling.

Developers like Evolution Gaming established themselves in the market, with the most powerful Live Casino games. The difference between these games and those RNG-based was the stream. Live Casino games allowed players real action, live-streamed from either real brick-and-mortar casinos or studios. As soon as the industry saw the attention they got from players, new developers appeared.

Among those developers that appeared two to three years after Evolution was Authentic Gaming. And since there was a well-established competition, Authentic Gaming had to improvise. The developer had to create something that giants like Evolution didn’t already offer. And with the rise of mobile gambling, the opportunity was there. The developer decided to create Live Casino games fully compatible with and optimized for mobile play. But there’s another thing that made these games super-popular. They are all streamed from real land-based casinos. And not just any casinos, but the world’s top, most prestigious casinos in the most attractive gambling locations.

Authentic Gaming’s vision to create Live Casino games in an already flourishing industry was born in 2015. Some thought that it was too late for the developer to receive any recognition with Evolution breathing down its neck. However, Authentic Gaming, founded by experts that took on a mission to create an operation in 24 months, made it. In fact, towards the end of 2017, it was up and running, with an office in Malta.

After acquiring a gambling license by the Malta Gaming Authority, Authentic Gaming partnered with major online casinos. These casinos were interested in its games because they were streamed from real land-based casinos. Not only were they real, but these were some of the most luxurious casinos from Europe and the USA. Players were able to really feel the thrill of playing at brick-and-mortar casinos without stepping a foot in them. They were seeing casino floors in lavish casinos in Austria, London, Georgia, Bucharest, across Italy and several other attractive destinations.

Its small, but top-notch games portfolio offered players mobile-optimized games streamed in HD quality, from real casinos. This meant that finally, players had the chance to get the experience they always wanted from Live Casino games. They got to play with experienced dealers in real land-based casinos, streamed in high quality, on their mobile devices. With that, Authentic Gaming deserved its place amongst the top Live Casino games providers. 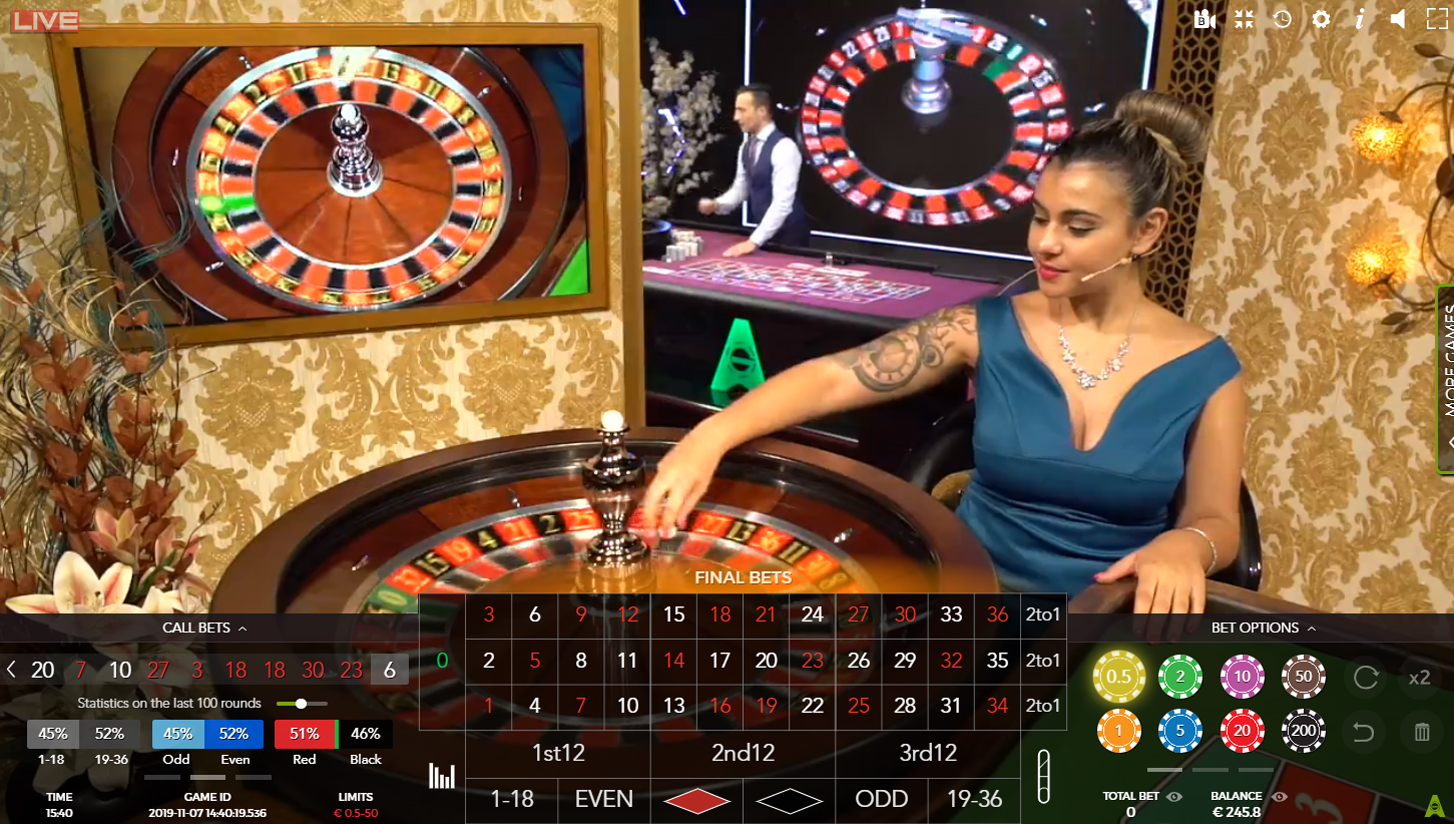 One essential thing we didn’t mention is that Authentic Gaming only focuses on Roulette games and variants. Naturally, each of these games is streamed from different brick-and-mortar casinos, or from the developer’s studio. Before anything else, we would like to start with the first game streamed from a USA casino. This is Authentic Roulette Foxwoods, streamed from the Foxwoods Resorts Casino. It is a single zero table, meaning a European Roulette variant, and is normally reserved for VIP players. This means that it is streamed from a separate area within the casino and open 24/7, available on any device.

Moving on to the Maltese-based studio, you have the Blaze Auto Roulette. This is the developer’s most unique game. Again, it is a European Roulette variant, presenter-led, whose rounds take up to 55 seconds. All other Auto Roulette variants by Authentic Gaming are also streamed from its Arena Studio. These are the Duo Auto Roulette, VIP, Speed 1, Speed 2, Classic 1, and Classic 2 Auto Roulette. The only difference between all of them is in the time it takes to complete a round.

And then you have the Authentic Roulette Professional and Original, meant for high-rollers. The Professional is streamed from St. Vincent Resort and Casino in Italy. It can be played simultaneously with the Original version thanks to the duo option provided by Authentic Gaming.

Do the Dealers Speak Languages Other than English?
Even though a multilingual interface is offered in its games, the dealers only speak English in Authentic Gaming’s games. Spanish, Swedish and German are only some of the languages offered for the interface.

Which Casinos Are the Games Streamed From?
Foxwoods Resort and St. Vincent Resort and Casino are not the only casinos Authentic Gaming streams its games from. Aspers in London, Royal Casino in Aarhus, Casino Hilton Int. in Batumi and Platinum in Bucharest are others. These are all premier casinos, so you will get the ultimate gambling experience.

Does Authentic Gaming Offer a Dedicated Live Environment?
Considering its games are streamed from real land-based casinos, no. But, those that are streamed from its Arena Studio do offer some functionalities. Chips and Live Tournaments are two promo tools offered by the developer in the games, for instance.