Live game shows have come a long way since the days of lucky wheels and basic multipliers. With players clamouring for more, software providers constantly launch new releases that deliver fun and innovative gameplay. With the year coming to a close, we decided to look back at the best live casino games of 2022. 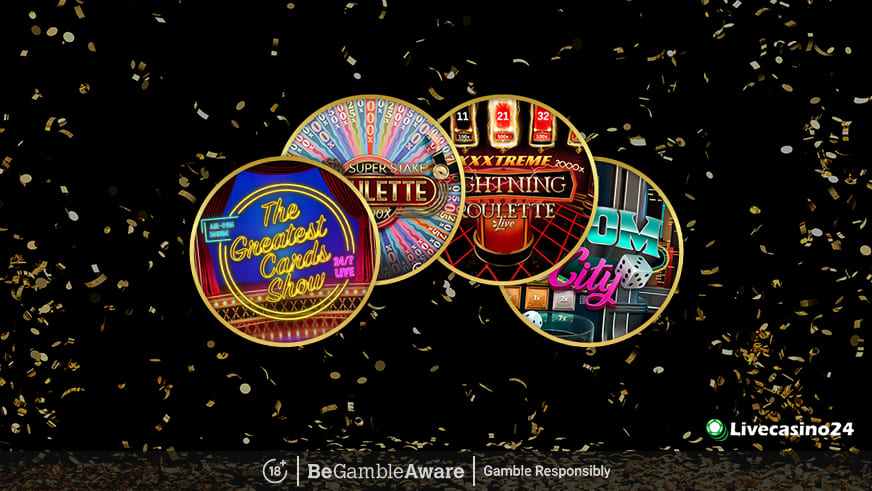 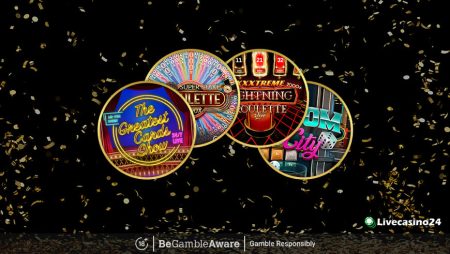 Below, we review the top four live game shows that came out this year. Join us as we talk about what makes these titles unique and why they became the stars of 2022.

Leading the pack in terms of innovation is Boom City by Pragmatic Play. It was a game we thoroughly enjoyed and showed the software provider’s ambition to become number one in the live casino space.

The reason the release stands out is apparent the moment you launch it. There is no lucky wheel in sight – instead, Boom City uses a 6×6 grid and two giant dice. Each position on the grid corresponds to one of six dice sides. The golden die determines the vertical column, while the blue die picks the horizontal one.

You can win seven rewards in Boom City: three multipliers and four bonus rounds. Winning each one requires placing a bet on it ahead of time. After wagers are set, the dice roll and determine your prize. Available features play into the unique gameplay of Pragmatic Play’s title, which makes it even more fun. If you have not yet tried the game, you owe it to yourself to give it a whirl.

Though it came out at the end of 2022, The Greatest Cards Show easily earned its spot in our top four. It combines the familiarity of lucky wheels and a deck of cards in an exciting twist to a familiar formula.

The game plays on a 54-segment wheel, with each position corresponding to a card in a playing deck. The two leftover segments are Jokers and serve to activate a feature. Players can place bets on particular cards, a range of numbers, or a specific number. Get it right, and you win a 40x cash prize.

Playtech’s title also brings with it three fun features. Spotlight and Light Show trigger if the big wheel draws a card with a silver or gold border, respectively. Meanwhile, the Joker bonus round requires the wheel to land on the Joker position. All three features can award huge prizes and are the highlight of an already entertaining game show.

Evolution’s top contender for 2022 is a rework of the popular Lightning Roulette game. XXXTreme Lightning Roulette makes its intentions known in its title. It will take one of your favourite live casino games and make it more volatile! Though it may not be a move that appeals to everyone, jackpot chasers will undoubtedly love the updated version.

The core gameplay loop is the same as Lightning Roulette. Players place chips on the betting board, selecting the numbers they want to bet on. The host then pulls a lever, adding multipliers to up to five numbers. Only Straight-up number bets can benefit from these improved payouts.

However, things do not stop there. There is a chance for the Chain Lightning feature to trigger, which can add multipliers to even more numbers. After it comes the Double Strike, which can increase existing multipliers up to an impressive 2,000x! Watching all these features play out will keep you on the edge of your seat and cements Evolution’s release as a must-play.

Super Stake Roulette 5,000x was the satisfying surprise of 2022 we were not expecting. Stakelogic’s live games have been growing steadily, and it was only a matter of time before the team tried their hand at a game show. The release combines roulette and multipliers in a super exciting way.

Stakelogic’s release uses a single zero European wheel. Players must enable the Super Stake wager to benefit from the multipliers. However, that means a 50% increase in your total bet. After placing your bets, the game randomly selects silver and gold multiplier numbers. If you win the number with a multiplier, you receive the boosted cash prize. If you draw the golden wheel, you activate the bonus round. The bonus round spins a lucky wheel full of cash prizes, ranging from 50x to 5,000x your total stake. You receive the prize the flapper stops on.