Evolution Gaming introduced Crazy Time as their most ambitious and expensive undertaking. It builds on the experience the developer has gained while making similar titles like Dream Catcher and Monopoly Live. Both titles set a new bar for players, and redefined our concept of money wheels and game show titles. Will their latest undertaking be able to do the same? 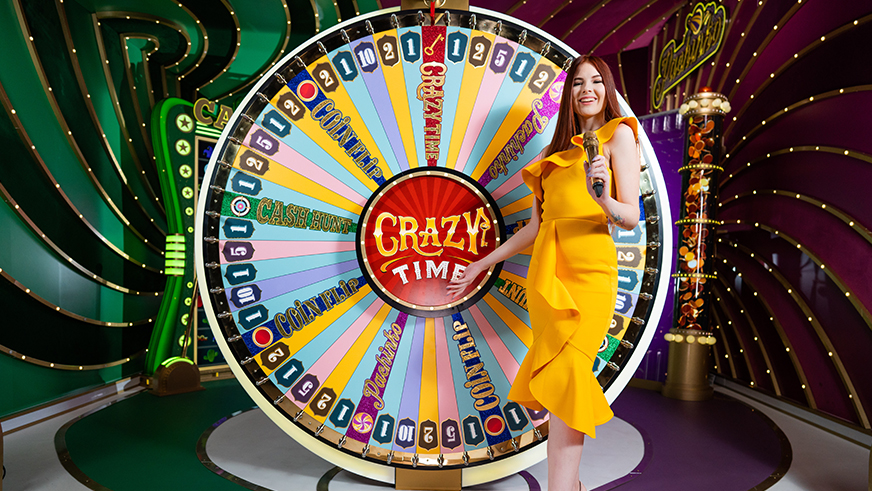 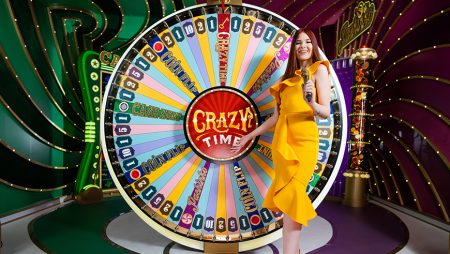 While both games have their charms, they work on the same fundamental principle. The dealer spins the money wheel, and you wager money on the outcome of that spin. However, while the basics are the same, the two releases vary wildly when it comes to bonuses.

Each one takes a different approach to its special features. Without further ado, join us as we take a deep dive into these two games, and see which one is better!

Upon first launching Crazy Time, we were quite impressed by it. Evolution Gaming created a colourful title that has captivated the hearts and wallets of many players! If you played previous money wheel games by this software provider, things will seem familiar. Once again, we have a 54-segment wheel spun by the dealer. In this release, the wheel has nine bonus segments!

Coin Flip is the most frequent bonus. It has four of the nine available bonus segments, making it the most likely to appear. The round begins with two random multipliers being decided for the red and blue colours. The dealer places the coin on the Flio-O-Matic machine, which does all the flipping to ensure fairness. The face-up colour of the coin determines which multiplier value is awarded as a cash prize to the player.

Cash Hunt is the next bonus you are most likely to win. You are taken to a separate screen, where 108 random multipliers are hidden behind symbols. The multipliers are reshuffled at the start of each round. Shoot at the reels, and it will reveal the multiplier hidden beneath! That multiplier is granted to you as a cash prize.

Pachinko also has two segments, making it just as likely to appear as Cash Hunt. Pachinko has sixteen drop zones at the top and sixteen multiplier zones at the bottom. The dealer drops a ball from the top, and it hits numerous pegs that alter its course on its way to the bottom. It can either hit a multiplier or a double position. If it hits a double, another drop is played with all prizes doubled.

Last on the list is the Crazy Time bonus round! You are taken to a separate screen with a massive 64-segment wheel. Pick one of three differently coloured flappers. That flapper landing on a multiplier will award it as your prize. If it lands on double or triple, all multipliers are increased by that value and the wheel spins again.

Monopoly Live has become somewhat of a live casino staple. It has quickly overtaken its predecessor by offering interesting and lucrative bonuses instead of plain multipliers. The tie-in with Mr Monopoly certainly helped, too! The game is spectacle in both visuals and rewards! It is played on a 54-segment wheel, with six segments reserved for bonuses.

Chance has two segments, and does not require a bet to be won. That makes it unique among all other special features in these two releases! When won, it will award a cash prize or a multiplier increase for the next spin.

Both 2 Rolls and 4 Rolls play the same bonus round. You are taken to a virtual Monopoly board, where Mr Monopoly walks around and collects cash prizes. How far he moves is determined using a dice roll. If the two dice form a pair, you get another roll!

Which One is Better?

For us, it would have to be Crazy Time. It has more special features and they are more likely to occur. We like that Monopoly Live has a bonus that you do not have to bet on to win, but we prefer frequent and numerous special features. We might have been swayed by payouts, but both games offer the same $500,000 maximum win. As a result, we can only judge them by available bonuses. Yes, Crazy Time will surpass Monopoly Live as the leading game show title. That said, both titles are well worth checking out if you like live money wheel releases.